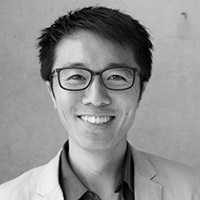 I am a social and consumer psychologist with interests in philosophy of mind and cognitive sciences. I investigate how constructs fundamental to social life (e.g., morality, trust, suspicion, love) are represented and processed in the human mind. I find that physical cues (e.g., bodily cleanliness, fishy smells) exert causal influence on people's moral compass, decisional bias, and economic behavior, even if they are merely metaphorically related. Currently, I am building a multi-process framework for conceptualizing the proximal mechanisms underlying mind-body relations and testing its predictions in social, moral, and cultural contexts.

Spike is an Assistant Professor of Psychology and Marketing (Cross-Appointed) at the University of Toronto.

He is interested in how higher-order mental processes are grounded in sensorimotor experiences with the physical world, often leading to quirky effects (e.g., physical cleansing helps people move on by "wiping the slate clean"; when people "smell something fishy," they become suspicious and invest less money in a trust-dependent economic game). In terms of theoretical goals, he explores how the mind interacts with the body in multiple ways; why mind-body relations are often predicted by the metaphors we use; when and how metaphors influence affect, motivation, judgment, and behavior; what cognitive principles govern these effects; and how they vary by experimental, social, and cultural contexts.