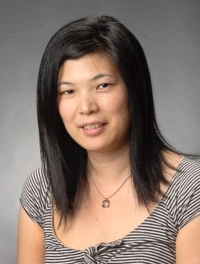 My lab is primarily interested in investigating the neural and neurochemical mechanisms that underlie conditioned and affective influences upon approach-avoidance decision making, with a particular focus on the role of the affective cortico-limbic-striatal system and its interactions with midbrain dopaminergic systems. Crucially, a central tenet of the research is the notion that conditioned (incentive and affective) cues can take aberrant control over behaviour in psychological disorders such as drug addiction, schizophrenia, and depression. We use a multidisciplinary approach to achieve our research goals. As well as using traditional behavioural neuroscience techniques (intra-cerebral drug micro infusions), we use cutting edge techniques (chemogenetics, optogenetics), and pharmacological models of addiction, schizophrenia and addiction, in combination with novel behavioural paradigms.

My love of neuroscience research began at the University of Oxford while I was completing my BA degree in Physiological Sciences. Subsequently, I obtained my PhD from the University of Cambridge, in which I examined the neural and neurochemical basis of cue-driven cocaine-seeking behaviour. After staying in the same lab for a post-doctoral fellowship to investigate the functions of the limbic-striatal system in reward cue and context learning,  I moved back to Oxford University as a Wellcome Trust Research Career Development Fellow to start my independent research program. In 2011, I took up a faculty position at the University of Toronto Scarborough. Outside of work, I love spending time with my family and friends, playing the piano, swimming, eating, cooking and traveling.