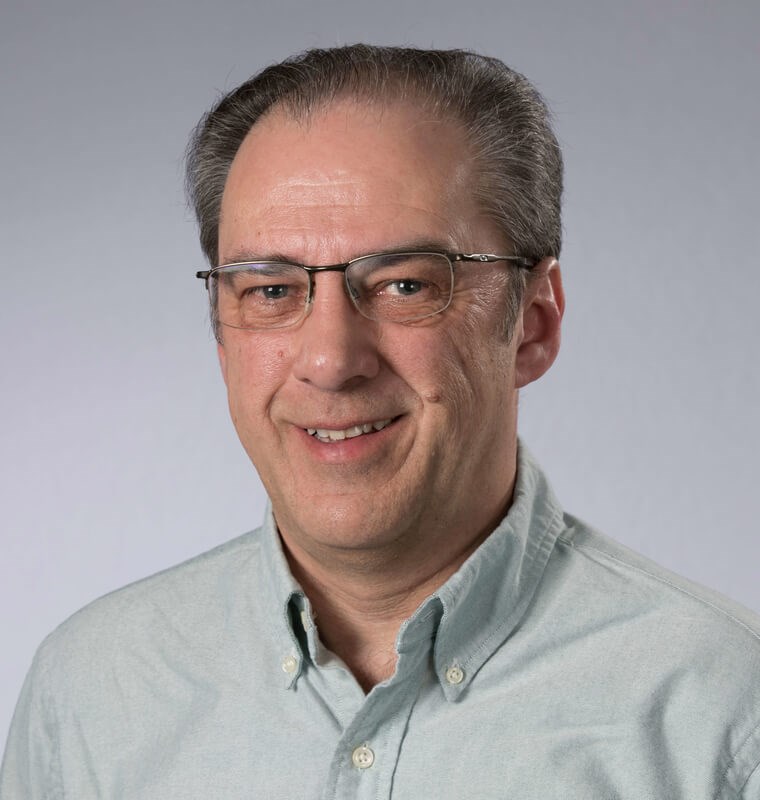 Dr. Paul Fletcher is Senior Scientist and Head of Biopsychology in the Campbell Family Mental Health Research Institute at CAMH. He is Professor of Psychology at the University of Toronto.

Dr. Fletcher and his team use preclinical models to investigate the neurochemical bases of behaviours relevant to addictions and psychiatric disorders, and to identify the mechanisms of action of drugs used to treat these disorders. Current research under Dr. Fletcher’s direction has:

1. Demonstrated differing roles of two serotonin receptor subtypes (5-HT2A and 5-HT2C) in modulating effects of cocaine, and perhaps other drugs of abuse. For example, activating the 5-HT2C receptor reduces the locomotor stimulant and reinforcing effects of cocaine, while blocking this receptor leads to the opposite profile of effects. These data implicate the 5-HT2C receptor in particular as a contributory factor in the development of addiction, and suggest that this might be a fruitful target for treating addiction.

2. Shown that depletion of serotonin in the nucleus accumbens, but not the prefrontal cortex, leads to difficulties in inhibiting responding. In collaboration with Dr. Guy Higgins (NPS Pharmaceuticals in Salt Lake City, Utah), we have found that 5-HT2A receptor antagonists reduce such impulsive-like behaviour, but 5-HT2C receptor antagonists enhance this behaviour. Overall, our findings suggest that the relationship between 5-HT activity and impulsivity is complex, and may depend on which brain areas and which receptor subtypes are affected.

3. Shown that the amphetamine-induced sensitised state (AISS) also leads to cognitive deficits that are similar to those observed in schizophrenia. The most pronounced deficits are in sustained visual attention, and attentional set-shifting. Both of these deficits are reversed by infusing a dopamine D1 receptor agonist into the prefrontal cortex. Our future plans involve using this model to test potential treatments, including D1 receptor agonists, for cognitive disturbances in schizophrenia.