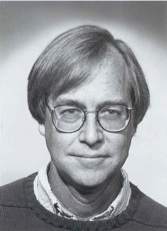 Dr. Yeomans studies brain systems involved in rewards and motivation. The systems most important for natural rewards (food, sex) and drug rewards (opiates, nicotine) are midbrain dopamine neurons. Dr Yeomans has shown how rewards activate dopamine neurons via cholinergic receptors and neurons. In particular, a single gene for the M5 muscarinic receptor is most important for food and brain-stimulation reward, and for opiate rewards (Yeomans 2001). His lab is currently studying effects of food, sex and opiates on dopamine systems and social behaviors in mice lacking the M5 muscarinic gene, or other genes important for cholinergic or dopaminergic functions. Many of these genes are important for human diseases, including drug abuse, schizophrenia, sleep disorders and Parkinson’s disease.

In particular, mice communicate by singing to each other at ultrasonic frequencies when they want rewards. We are studying how gene-knockout mice sing differently during sex, feeding or social-approach behaviors, or when given drugs such as amphetamine or opiates (Wang et al. 2008).

Dr. Yeomans has also mapped pathways that mediate defensive behaviors and approach behaviors, using the startle reflex. The lab discovered the main function of startle (i.e., to protect the body during concussive blows) and the tactile, acoustic and vestibular circuits that combine to active startle (Yeomans et al. 2002). The lab then traced midbrain pathways for inhibition of startle (Yeomans et al. 2006), and showed how cholinergic and colliculus systems that activate arousal and approach behaviors are used to inhibit startle. They also showed how fear potentiates startle by a direct pathway from amygdala to the deep colliculus to the hindbrain (Frankland and Yeomans 1996; Yeomans et al. 2006).

Dr. Yeomans is a member of the new Centre for Biological Timing and Cognition (CBTC), collaborating on many projects studying circadian rhythms, sleep and motivation. He has been President of the Southern Ontario Neuroscience Association (3 terms), Chair of the University of Toronto Program in Neuroscience (2 terms), and Treasurer of the Canadian Association of Neuroscience.