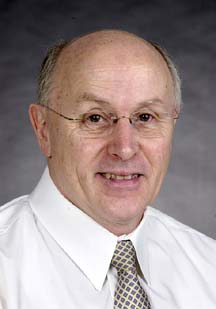 My research is in the psychology of perception and cognition with special reference to representation by pictures. This has been my focus since my first conference paper, on figure and ground (impressions of foreground and background) at a border. I proposed that the original 1914 conception of figure and ground by Edgar Rubin had been misunderstood by those who followed, and that Rubin himself had mischaracterized his own research.
I developed a new analysis of figure and ground as one of a set of foreground and background percepts, which I described as apparent surface borders. I described the complete set of possibilities for surface borders. I then hypothesized which of these were relevant to touch as well as vision.

The key idea from which most of my research sprang was that lines can depict surface borders in vision and touch. Subsequent research on outline drawings confirmed the key idea. Therefore, development in the child and adult of the capacity to draw in outline, I hypothesized, should be the same in the blind and sighted, since surface borders are as relevant to touch as to vision.

The developmental hypothesis has been supported. Indeed, my most recent papers, in press, support the idea that the highest levels of development possible in drawing in perspective are reached by the blind, as they are by the sighted. This line of investigation was described by the NY Times as one of the "ideas that change the way we think" and by The Times as one of the top ten ideas of the year. Associated Press wrote in 2006 my work was seminal and influences the development of new programs in museums and galleries around the world.

The work on drawing in perspective is on characterizing the world in a literal fashion. Since drawings are often metaphoric, I aver, I have developed a theory of non-literal representation, to complete the analysis.

Since perspective is the master geometry for all perception from an oberserver’s standpoint, but vision uses perspective in little understood ways, it has been necessary to develop a theory of persective in perception. Work submitted and in progress with student Igor Juricevic may solve the problem of perspective left the Italian Renaissance. I believe our solution is comprehensive.